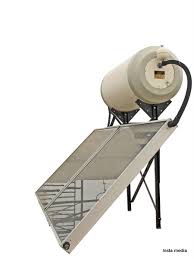 The use of solar energy has been drastically increased over the past few years. As oil price rises, people are looking for alternative energy sources in order to save money. Currently, solar energy is used in homes for many purpose. Here are some of the application of solar energy in everyday lives of people.

The energy from sun is also used to operate fans for ventilation in homes. The cost of electricity will be reduced if you use solar energy to run ventilation fans even throughout the day. These fans will allow you to keep air clean and clear.

Solar energy is also used to charge the mobile phones. These chargers use solar panels to charge cell phone batteries which is handy and mostly used by the people who travel a lot. Solar cell phone chargers are in different shapes and configurations.

Solar can be used to heat water for domestic purpose in homes. Heating of water with the help of solar is more efficient which will reduce electricity bill. In order to maintain temperature in absence of the sun, the water tank must be well-insulated.

Solar panel is used in front of the calculator in which the energy from the sun is converted into electricity. These type of calculators are being used from the time of solar panel technology invention. In order to make the calculators work, the solar panels must be recharged by exposing it to the sun regularly.

can be stored in the batteries and can be used at night. If you generate more energy than your needs, then you can even make profit by selling energy to the power company.